When traveling, we’re always cautious when buying things, like souvenirs and tours. You never really know if you’re paying too much or if someone is just pulling a common tourist scam on you.

Tourist scams are quite common in a lot of countries and we’re very aware of that.

If we plan on buying a tour or transportation for a trip, we first check the online possibilities and their price, just to know what regular prices and time schedules are.

A travel scam is usually organized in a way that makes it easy for you to fall for it and it requires not too much of deliberation time. The tourist scammer will try to get you to make a decision quickly and buy their goods immediately.

This travel scam is slightly different and it involves a Mexican roadblock!

What we talk about in this article hide
A day trip from Palenque to San Cristobal
A magical day
The unexpected Mexican roadblock
The perfect tourist trap
Find your own way
The roadblock had been there for months!
Our trip to San Cristobal
Without any money?
Conclusion: How to avoid this tourist trap
You might also like
Beware for these most common taxi scams around the world
Common Travel Scams – Avoid Getting Ripped off by Sneaky Hustlers

A day trip from Palenque to San Cristobal

We planned on traveling from Palenque to San Cristobal Las Casas in Mexico straight after our visit to Palenque.

But we also wanted to do a little sightseeing.

We were keen on seeing Aguas Calientes and the waterfall of Misol Ha.

In the small jungle town of El Panchan, a few tourist offices sell day trips to both of these natural must-see attractions. After seeing that one of these day tours included transportation to San Cristobalthe same day, we were very interested in this trip, because it would save us a lot of time.

During our research, we noticed that the best bus company of Mexico (ADO) made a huge detour to travel between these two cities. But then again we wouldn’t be able to visit the two waterfalls.

We decided to go for the tour with the travel agency. They promised us 5 hours less bus time than ADO! In addition, visiting the two waterfalls!

At first, we thought that this was the case because the luxurious buses rather traveler bigger roads in order to move faster. We would be taking a tour through smaller roads to see the falls.

The price was average, not too cheap and not too expensive. It seemed to be just right and there wasn’t really a reason to suspect that we were involved in a very common tourist trap.

The day tour itself was just magical. We left early morning and it didn’t take us long to catch the vibe of the other backpackers. In fact, we were ready to enjoy a perfect day of sightseeing and indulging in natural beauty!

After talking to a few people in the minivan I got my first hint. It seems to be that some of us would go back to Palenque after visiting the second waterfall. While we were going to San Cristobal at the same time. I was kind of curious about how they would organize this with just one bus! But, it wouldn’t be the first time that we switch a dozen buses to reach our destination. As long as we get there in the end.

Our first stop was Misol Ha. We visited the waterfall at the perfect time, after a few days of heavy rain. The water dropping down was powerful and we took the most awesome pictures ever.

Next stop: Agua Azul! Bring it on!

After having a lot of water fun at Misol Ha, we made it back to our minibus. We were all dripping wet, a big smile on our faces. But, the driver had some bad news…

He had just received a phone call about an unexpected roadblock between Aguas Azul and San Cristobal.

The driver didn’t have any solid information about the roadblock. Regardless, he did have a set solution. We had to choose whether we wanted to return to Palenque at the end of the day or we wanted to travel to San Cristobal on our own. Option 2 wouldn’t be difficult, he assured us.  We would just have to catch a few collectivos to get there.

We made it this far already. Definitely, we didn’t want to return to the oven that Palenque is. So, we decided to continue our journey on our own.

But now that we had to travel on our own, money turned out to be a legit concern. The tour guide was willing to pay us part of the money back to finance the rest of our trip. I unsuccessfully tried to get more money back. Obviously, it was not the first time this guy had to turn tourists down. He was not about to give us more money back. The refund was set by the company and he wouldn’t give us any more.

We were kinda fucked with this.

Find your own way

This event had clouded our day a little, since all of a sudden, we were in a rush to reach San Cristobal before nightfall.

With the travel agency, we would have no worries about reaching our destination. While now we had to find our own transportation and we didn’t even take a good look at the map!

Our time at Aguas Azul was cut short in order to get to San Cristobal the same day. We rushed by the falls and didn’t even make it up to the coolest viewpoint.

After sharing one plate of food with the little money we had left, the tour guide hauled down a collectivo to the next town. That’s one thing we don’t mind at all. We sat with the locals and Lobke asked them about the roadblock while trying to make conversation.

The roadblock had been there for months!

The roadblock wasn’t unexpected at all. It had been there for months, if not longer.

This nice Mexican guy reassured us that everyone knew about this roadblock. It was also the reason why ADO didn’t take this route. ADO had changed their website, adapted their schedule, and they didn’t do that overnight.

This roadblock was not new and the tour agency definitely knew about this. They used the same tours and they weren’t afraid to scam a few tourists every day. We already suspected that the entire story was made up and we weren’t surprised by the news.

The tour agency employed a common tourist trap in order to keep selling these interesting tours with direct transportation.

Our trip to San Cristobal

In one of the small towns along the way, people had parked a big truck in the middle of the road and nobody could go through.

Still, there was nothing to worry about since they had a perfect system to get everyone where they needed to be. Minivan drivers made deals with their friends on the other side of the road bock. The only thing we had to do was carry our stuff past the big truck. In the meanwhile being watched by hundreds of locals as we walked by. 🙂

The next collectivo was already waiting to get our backpacks on top of the roof and we could move on.

Without much trouble, we got to San Cristobal after switching minivans a few times. This trip was a much-traveled route and a lot of locals were traveling it with us.

The money was the biggest problem. We only had enough money to share a lunch and we were very desperate for an ATM.

As a smoker, my mood started to reach freezing temperatures. I ran out of cigarettes and there was no ATM to be seen. We were hungry and the trip took much longer than anticipated. In the end, we made it to our awesome hostel in San Cristobal.

After a 16 hour trip, we finally arrived at our destination where we immediately started explaining that we didn’t have any money and we were starving. Luckily it was past office hours and payments could only be made until 22h, so we paid for our hostel the next day and went out to find food right after dropping our bags in our room.

We were there, happy and tired. Check out the beautiful hostel we stayed in San Cristobal Las Casas!

Conclusion: How to avoid this tourist trap

Tourist traps like these are difficult to avoid and in the end, we didn’t really lose anything in the process. That’s why it is a tourist trap, but at the same time, it really isn’t. We could also return to Palenque and take a bus the next day.

If you’re short on time, you would probably choose the same as we did and push through on your own, which isn’t hard to do at all.

For this particular travel scam: it is pretty common. If you plan on taking the same trip as we did and don’t want to be caught in this tourist trap, don’t book the direct tour to San Cristobal! Chances are good that the roadblock is still there and the truck will probably have a flat tire or two by now. 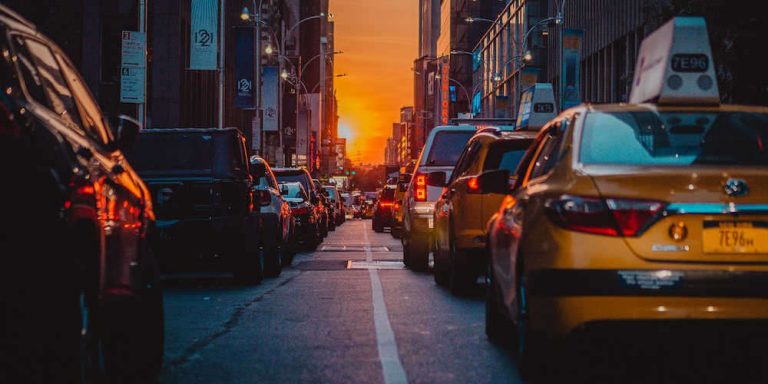 Beware for these most common taxi scams around the world 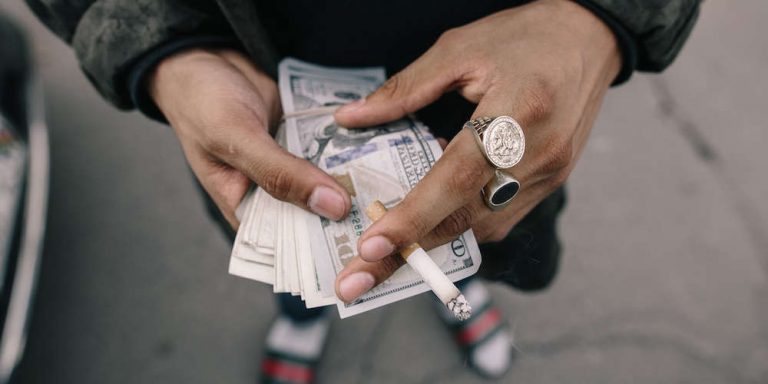 Common Travel Scams – Avoid Getting Ripped off by Sneaky Hustlers 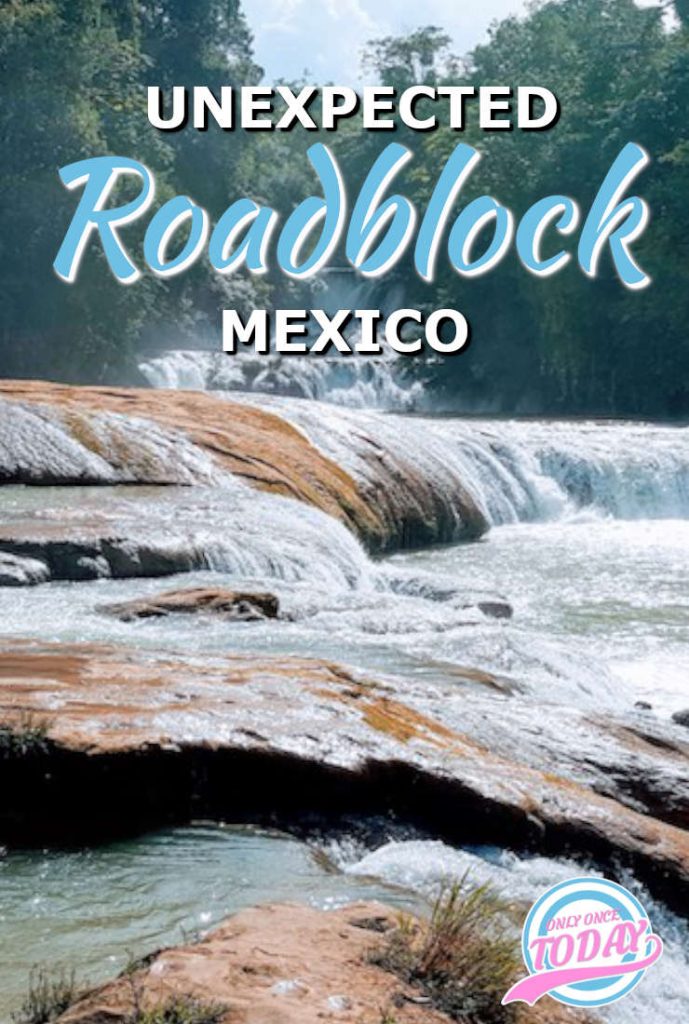 My name is Inge. I'm a traveler, writer and photographer. All those things I want to share with you. I've traveled a lot and wish to explore some more unknown territory.
Subscribe
3 Comments
Most Voted
Newest Oldest
Inline Feedbacks
View all comments