6 Cool things to do in Salento Colombia

Salento Colombia is a colorful small town in the Colombian coffee triangle en route from Cali to Medellin.

If you’re making the journey between these 2 major cities, we recommend making a halfway stop and spending a few days in this laid-back mountain town.

And if you’re travelling by bus from either Bogota or Medellin to Salento, you’ll also want to pay this amazing town a visit

Not only is Salento a rural and fun stopover, but there’s also some excellent hiking and a lot of backpackers halt in this town.

Most even stay a lot longer than initially intended.

Just to give you a few options, aside from Cocora Valley and the coffee tours, these are some of the very best things to do in Salento Colombia.

We’ll start off with the two activities you already know!

The tall coconut trees that reach up into the cloud deck surrounding the valley are by far the most iconic view in this area.

Every backpacker in Colombia knows about the valley and the hike. Most of them also actually hiked the trail and have the pictures to show for it.

Cocora Valley is indeed a beautiful valley with an interesting hike included. These palm trees are seriously massive and they’re a lovely sight to see and photograph.

The hike is easy to reach with jeeps that leave the main square of Salento multiple times each day.

How to get there

Catch one of the jeeps in the main square of Salento.

Don’t forget to agree on the price for the transportation before getting in the vehicle!

The ride from Salento to Cocora Valley takes around 30 minutes.

Prices change quickly, but the ride should cost you no more than a few euros.

Time needed for this hike

The hike is a loop, so you can either choose to complete the loop or walk part of it.

Hiking the entire loop will take you around 5 hours. 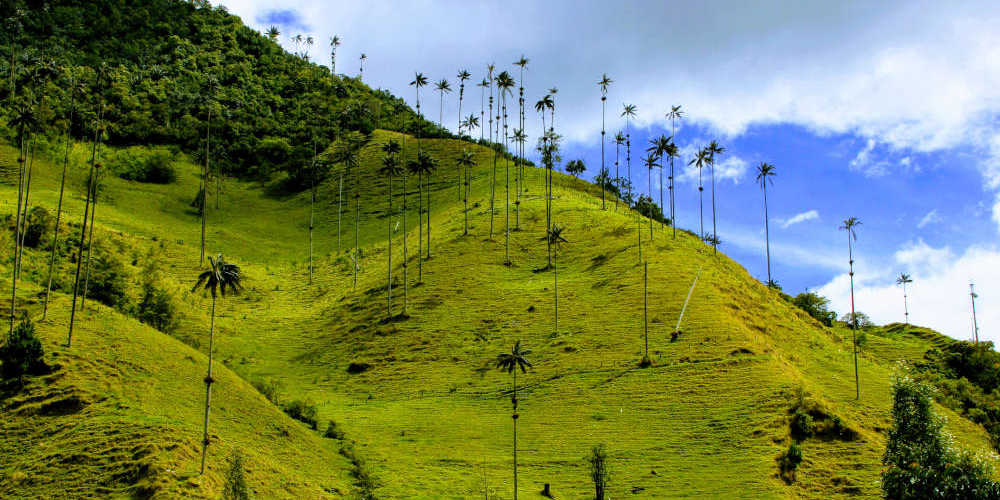 2 - Learn how coffee is made

The second most popular reason to visit Salento is for its coffee farms!

Salento is conveniently located in the coffee triangle of Colombia and this is one of the best places to join a coffee tour.

You don’t actually need to join a tour, as you can just hike to one of the coffee farms. But it’s probably easier to ask about this activity in your hostel and they will probably set you up for a guided tour at one of the farms.

The most popular coffee farms to visit in Salento, is the farm of Don Elias!

Don Elias has been around for quite a few decades and a younger generation of farmers have now taken over the place. And they run the place with the same dedication and passion as Mr Elias did it before. 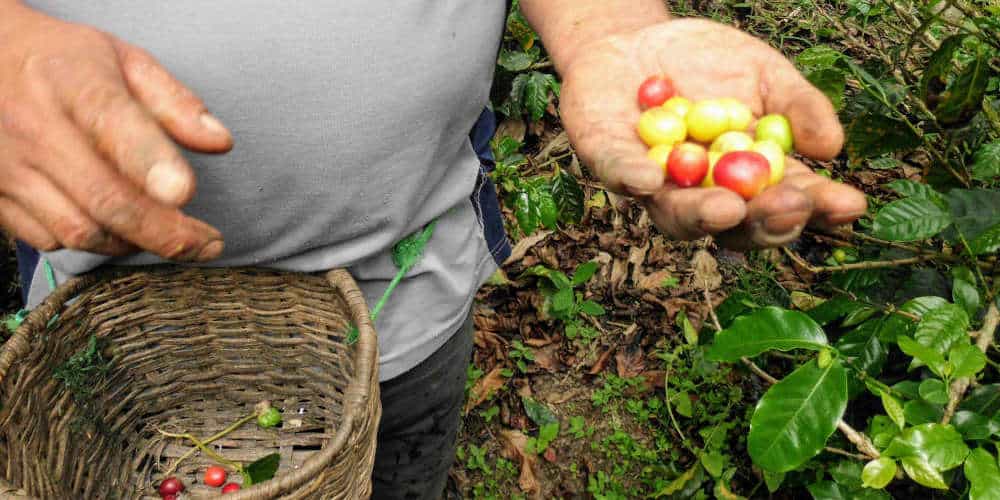 3 - Check out the cute shops at Calle Real

Calle Real is the tourist street/shopping street in Salento. It’s not just touristy with backpackers, but also with tourists from all over Colombia.

You will probably notice, while you’re in Salento, that this area is a super popular destination for Colombians during the weekend and their holidays.

Calle Real is, aside from the main market square, the place to be in Salento if you want to do some strolling, shop for souvenirs, or just get a coffee! 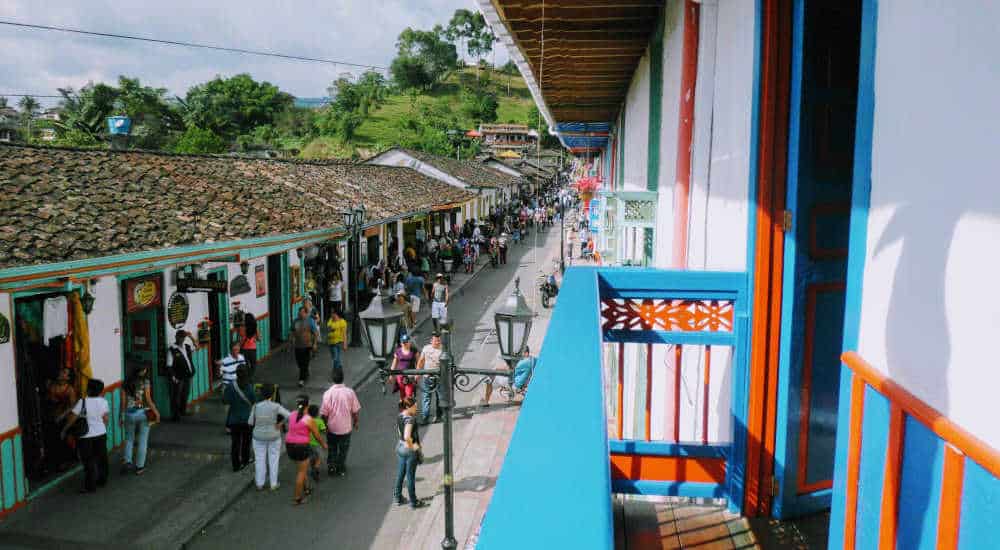 If you continue walking at the end of Calle Real, you’ll notice the inclination of the street getting more and more steep. You’re actually climbing at this time.

The street continues into a journey to the beautiful Mirador Alto de la Cruz. It’s not really a hike, but rather a lot of steps until you reach the top.

At one side, you get a birds eye view over Salento, but looking in the other direction is even more rewarding. This side offers views over the surrounding valleys, which are lush and green.

From this viewpoint, you get a good impression of how stunning Colombia actually is. 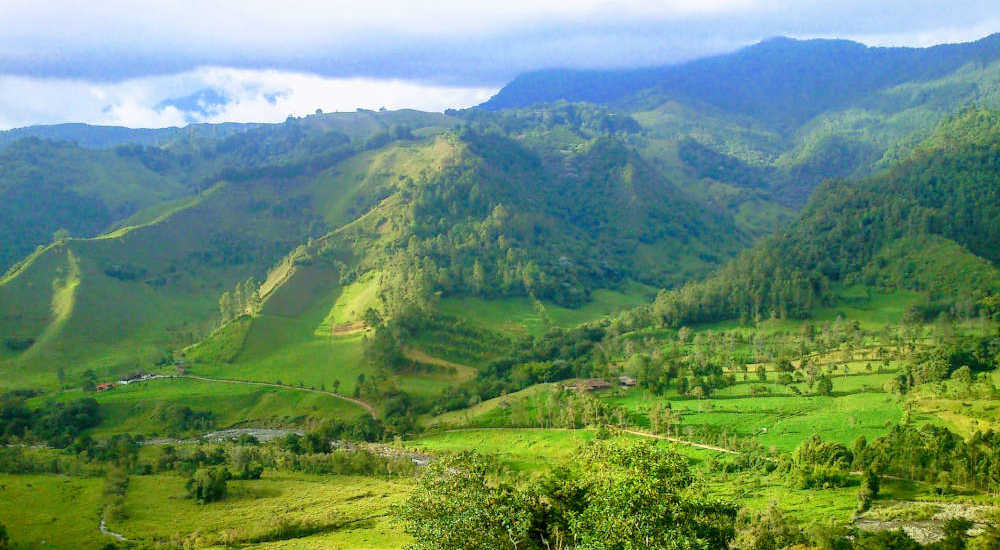 Tejo is the national sport of Colombia and you can play it in many rural places all over the country. We played it in Salento and it was definitely a lot of fun to do!

If you want to play tejo, you first need to go to a place where you can do that, because it’s not actually a card game! We recommend going to the Cancha De Tejo Los Amigos in Carrera 4 in Salento.

Tejo is played in a hall, where you get the same kind of field you play jeu de boule on. Instead of trying to get as close as possible to the little ball, you have to try and hit triangular folded papers in a crate of mud.

So they put the crated in an angle, so you get a good view of target from where you stand.

Then you throw your tejo, which is basically a small piece of metal, and try to hit one of the targets to score.

The actual fun of the game is that you’re trying to hit a small amount of explosives (or gunpowder) packed in a small envelope.

So when you hit the target, it explodes. Don’t worry! It’s a really tiny explosion!

The tejo place in Salento is called Cancha De Tejo Los Amigos and it has a really rural vibe! You can get a few beers and play. This game is best if you can take a few friends from your hostel and play with a group!

6 - Go on a waterfall day trip

A few kilometers from Salento, you can visit the Reserva Natural La Pata Sola.

The Natural Park has a lot of hiking trails and maybe best of all: the Santa Rita waterfall.

You can either hike or mountain bike all the way to the Natural park and the waterfall, but you can also get there with a horseback riding tour.

The Santa Rita waterfall is located just outside of Salento and is located in a stunning setting. It is an enjoyable and relaxing trip to make from town.

We recommend asking about the horseback riding trip in your hostel, as they will set you up!

Fun and relaxing things to do in Salento

You definitely need a few days to visit Salento. Even though you can also squeeze as many activities as possible into one day. We don’t recommend this!

Salento is a sleepy, laid back village and you really need to take your time to absorb the place. The longer you stay, the more you’ll love it!

We also listed the best hostels in Salento.

We really hope you enjoy your stay in Salento just as much as we did! 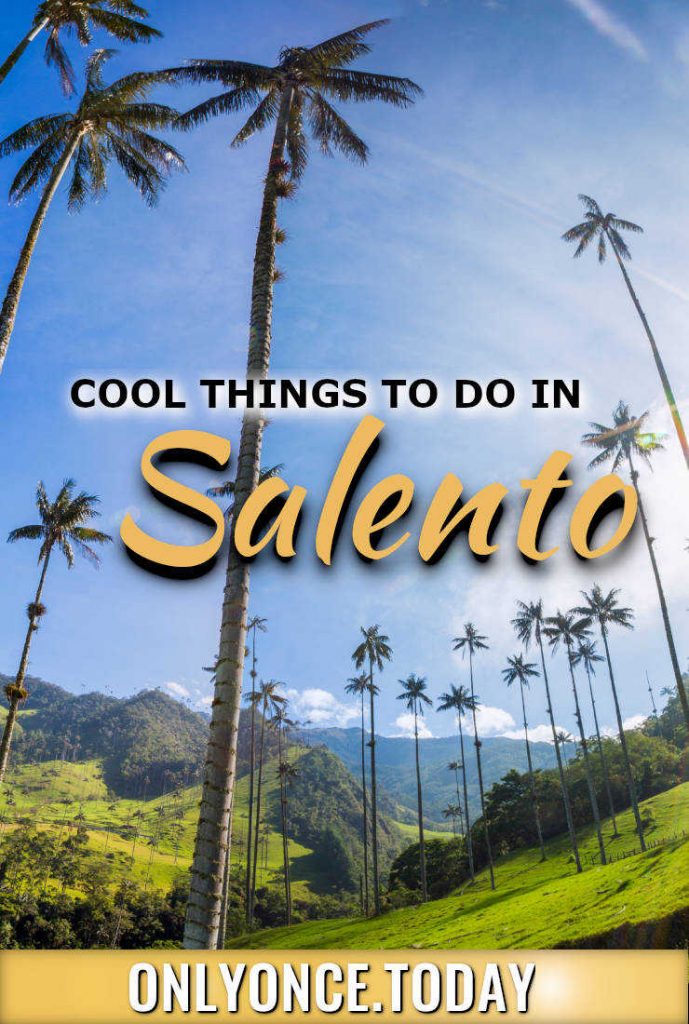 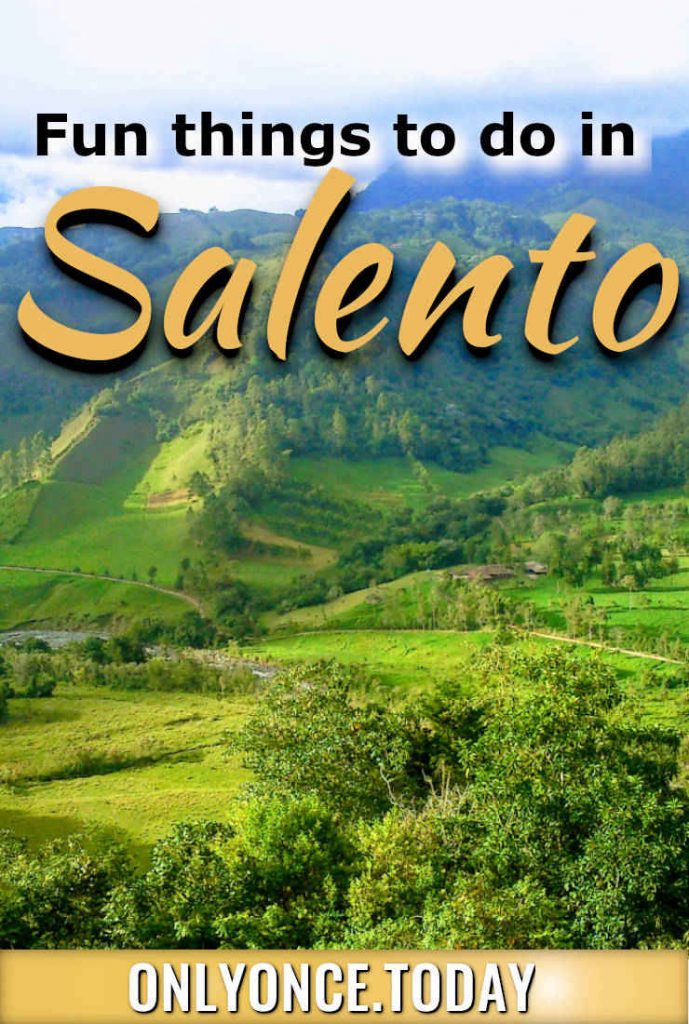