Will is a British guy who said goodbye to Europe to study martial arts in Asia.

For the last decade, he wandered around China, Nepal, India and much of South-East Asia. In a search for the legends of ancient Chinese martial arts, he met difficulties and victories along the way.

His story is inspiring and daunting.

Read his story on his website and what he gained from his explorations.

What we talk about in this article hide
Tell us a little about yourself
When and how did you get hooked on travel?
What is it that makes China so appealing?
A big part of your reason for going to China was martial arts. How did you find the masters there?
What was it like training under a traditional Kung Fu master?
You’ve been living in China for years. How does that work with visa?
How difficult is it get into Tibet?
Do you read or speak Chinese?
Can you imagine yourself living “the nine to five” life?
Where are you now and what are you up to next?
You might also like
10 Best Hong Kong Tours to book right now
23 Things to know before Traveling to China

Tell us a little about yourself

As a kid, I was always kind of the weird one. I grew up in a small village, and I spent much of my time exploring nearby woods and farmland.

I think from a young age I had this desire for adventure, and so rather than playing football or whatever with the other kids, I preferred going off alone and damming streams, making treehouses and stuff like that.

At the age of ten, I had this SAS survival book, and I taught myself what plants I could eat in the garden, and I made my own weapons and tools from tree branches and stones.

I suppose this all had a big effect on the path I took as an adult.

I love challenges, and I am always pushing myself out of my comfort zone.

When and how did you get hooked on travel?

As a young teen, I had a lot of personal stuff going on in my life which sort of culled my ambition and desire for adventure.

A culmination of circumstances caused me at 18 to make my first trip to Asia, which started in China and ended in India, and during that time I feel like I totally came out of my shell and was born again.

I just got so fascinated to experience such alien cultures and different ways of life, and through travel, I got to meet a lot of like-minded people.

Travel writers always talk about the value of meeting locals but tend to forget the importance of other travelers you meet on the road.

I feel like I struck up much stronger friendships with people I had met for say, a couple of days than I had with people I knew for years back home.

What is it that makes China so appealing?

I initially came here because of the martial arts.

I’d already trained Wing Chun in the UK since I was 14, so it was natural to choose China.

But after being here for some time, learning the language and the culture, I have just become totally fascinated with China’s history and old culture.

I’m not a big fan of “modern China” at all, and with the mass modernization that’s going on here, the country doesn’t really fit our stereotypes. I’d say the best analogy to use for my time is China is like panning for gold. You have to sift through a lot of crap, but when you really find those nuggets, it’s damn worth it.

That might be finding a master of an authentic style of Kung Fu which has been passed down unchanged since imperial times, or it might be finding some amazing antiques or handcrafts down a backstreet, or hiking in the hills and finding a dilapidated old house which the locals tell you used to be the home of a wealthy landlord.

A big part of your reason for going to China was martial arts. How did you find the masters there?

It was quite tough really.

Generally speaking, the best masters don’t advertise and don’t run schools. When I first got to China I just got up early in the morning and went to the parks. You can often see small groups of people training martial arts in the park, so I would just approach them and ask what they were doing.

People were always welcoming and friendly and invited me to learn with them, however most that I came across were fairly low level. After some frustration at not finding what I wanted, I decided to go to Kunyu Shan, a large full-time Kung Fu Academy in the mountains of Yantai run specifically for westerners.

I had already learned a bit of Praying Mantis Kung Fu when I lived in Qingdao, so I knew that was the style I wanted to focus on, and at Kunyu Shan I got to train it for six hours a day, five days a week for a whole year.

The training was really intense, however, I started to feel I wanted something more authentic, I wanted to find the best master in this style and learn in the traditional way.

So in order to find out who was “the best” I became involved in the online community of Praying Mantis practitioners, through various forums I was able to make friends with many of the top practitioners in the western world, and they were able to point me in the right direction.

Through the introduction of a friend, I was able to meet Zhou Zhen Dong, who became my teacher and I began learning from him and was eventually accepted as a formal disciple.

What was it like training under a traditional Kung Fu master?

My teacher is just a typical working-class Chinese guy, and comes across more like your favorite Uncle than “a master”.

Training was very informal, it’s not like the typical class format we have in the west. He had group training in the park early in the morning, starting around 6 am.

People arrived whenever they liked, did a brief warm up and stretched, and then trained at their own pace.

For some people it’s just a social thing, some are much more serious. The more serious students will get invited to private training sessions at the teacher’s home, where he will take one thing and really go into depth with it.

Often, after training, my teacher would invite me for tea, and sometimes dinner. These tea sessions were a really good opportunity to hear him tell stories about when he was young, growing up in the Cultural Revolution and how he had to train in secret to avoid persecution, about his many fights and his own teacher, as well as oral stories that had been passed down for the past generations and their exploits.

In traditional Chinese culture, this teacher-student relationship is very strong, it’s very different from the western idea. When you become a formal student of a teacher, you will become a part of his family and be treated as such.

You’ve been living in China for years. How does that work with visa?

I’ve been on all sort of visas. Tourist visas, student visas, work visas. It used to be much easier: just get a few connections and they can sort you out any visa, now it’s much harder. I’m currently at University in Shanghai, so that takes care of my visa now.

How difficult is it get into Tibet?

In order to go to Tibet, you generally need a special permit on top of a regular China visa.

I haven’t looked into the policy for this in the last few years, but when I went it was quite complicated, and so I booked a trip with the company intrepidtravel.com.

Usually, I’m not a fan of group travel, but I think this was really worth it, as it took us to places we probably couldn’t have found otherwise.

Tibet is an absolutely huge place, and there is just miles and miles of absolutely nothing. So without this kind of tour agency to organize stuff, I don’t think I’d have ever been able to stay with nomads in the grasslands hours away from anything like a town.

Do you read or speak Chinese?

Yes, you have to if you want to stay here for a long period of time.

Initially, I was self-taught, I would go to the market and barter for things, practicing basic phrases, and then graduating onto chatting to taxi drivers and other people.

After about three months I spoke enough to get around, and it wasn’t until about two years later I decided to learn formally and attended classes.

At this point I could only speak, I couldn’t read or write, so it was frustrating having to start from the beginning again.

Can you imagine yourself living “the nine to five” life?

I don’t know. I’m not really against the idea in any way if it’s a job I’m interested in. After living a “nomadic” lifestyle for so long, a bit of stability feels quite nice. I’ve got tired of grotty backpacker hostels and long, bumpy bus rides over time.

Where are you now and what are you up to next?

I’ve just returned back to Shanghai after a short trip to Australia. My next trip will be to Europe. My wife (who’s Chinese) and I will take her parents on their first trip to the west. We will visit Italy, France & Monaco and Switzerland. I’ve spent a fair bit of time in all these places but will be interesting to see them from a Chinese person’s perspective.

I’m actually planning to immigrate to Australia in a couple of years. After my last trip there I really fell in love with the country, and think it can offer a really good lifestyle, but is still reasonably close to Asia so I can often return for short trips. 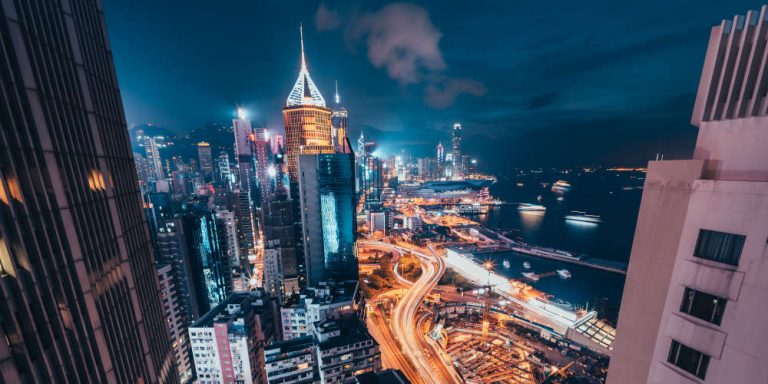 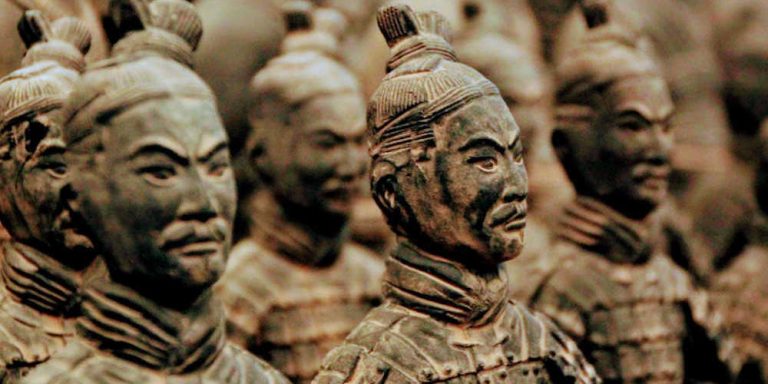 23 Things to know before Traveling to China 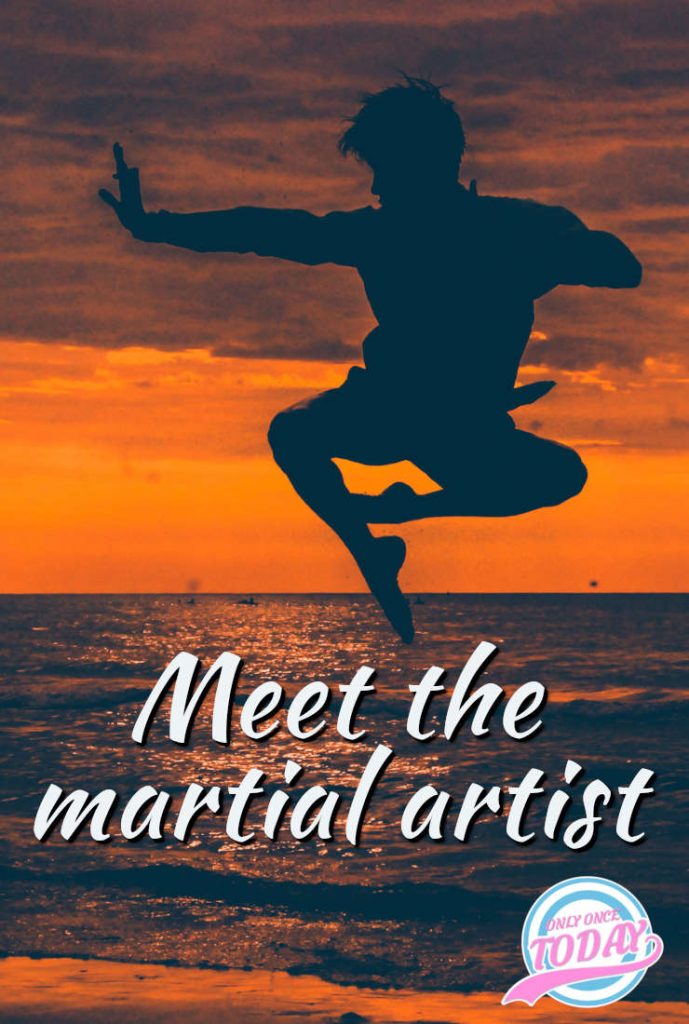 My name is Inge. I'm a traveler, writer and photographer. All those things I want to share with you. I've traveled a lot and wish to explore some more unknown territory.
Subscribe
2 Comments
Most Voted
Newest Oldest
Inline Feedbacks
View all comments